Fishing the Riga brook — and attempting to capture (with snapshots) the sensation of clambering up a boulder in the hope of a nice plunge pool ahead. 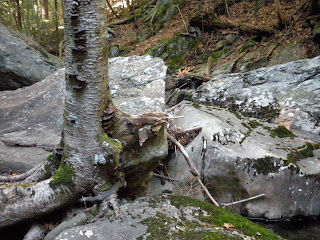 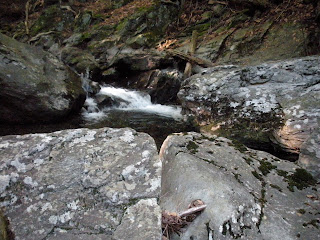 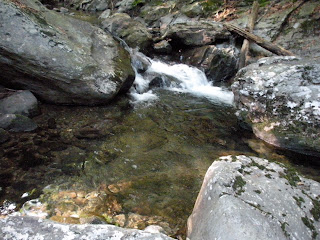 Among the things I inherited from my late brother Brendan are three boxes of fireworks — the real kind, purchased in a free state like North Carolina. It's been a few years, but they were stored dry and so I had my own little fireworks show in Phoenicia, N.Y. 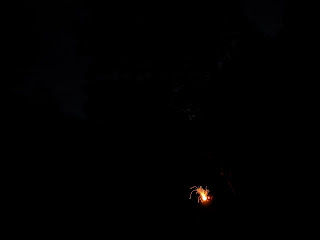 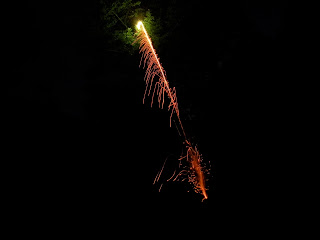 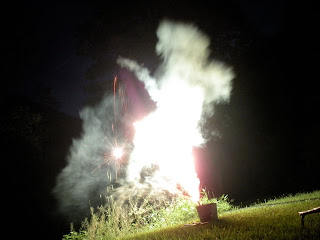 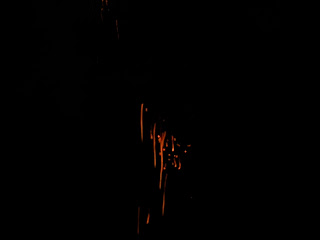 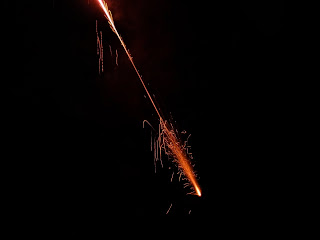 More rock arrangements. Tony V. says they are half-assed versions of Native American hunting signs, and I don't doubt it.

Although this little one seems to be in the Cambodian school - Angkor What? 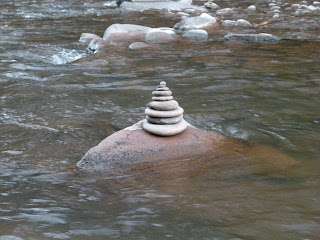 Friday morning: I was on the Esopus, moving downstream toward a hole called "The Greeny Deep," where I once caught a 24-inch rainbow on a dry fly. (First photo shows - from upstream - the massive boulder that forms the pool.)

This bird was on the opposite bank moving upstream. I watched as he put on a nymphing clinic, flipping his fly into the rapid to the left of the boulder (second photo) and dead drifting it as far as practical.

But he didn't ignore the possibilities of the swing, either — which is where he got his hit.

Textbook subsurface fishing. Catch and release with a minimum of fuss.My only quibble is the use of a strike indicator, which I find cheesy. 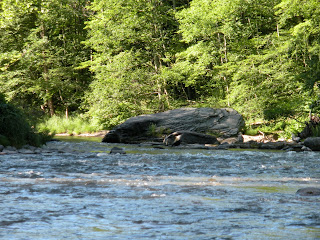 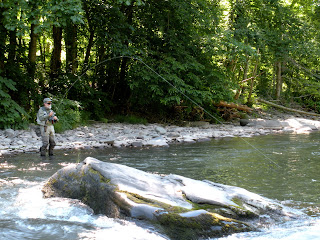 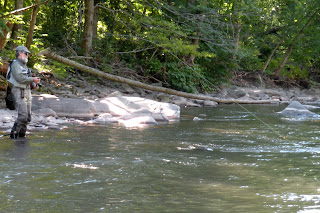 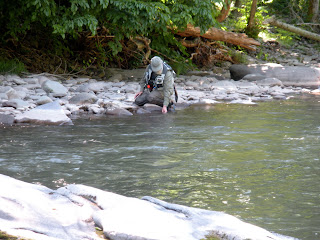 And say hello to Harry Heron and The Ducks. 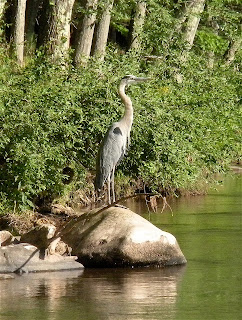 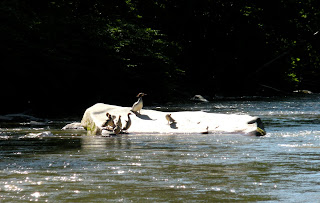 And the big stoneflies are finally moving on the Esopus, as indicated by casings on the rock. The stonefly, a big, clumsy critter, crawls along the streambed and if it gets that far, clambers out on a handy rock, where it hatches into an equally clumsy flying critter. The stonefly is like a cheeseburger platter for trout. One gulp and they're set for a while. 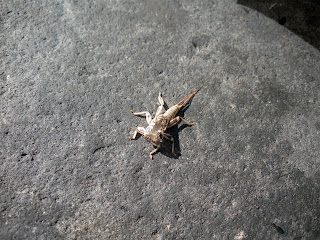