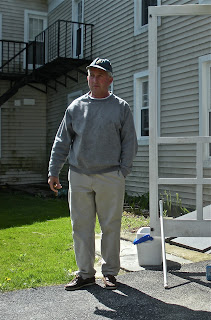 If Oscar Madison was Irish, he'd look like this 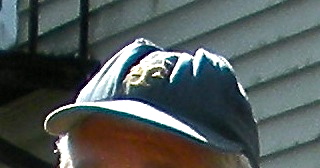 The filthy sweatshirt is key, as are the rumpled chinos, but the real sealer of the deal is the crumpled and dirty Mets cap
Posted by Patrick at 2:19 PM 1 comment: 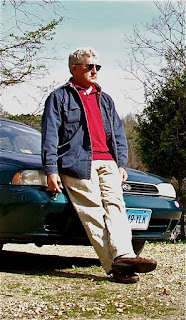 After one summer day (87 degrees) and one spring day (75) we slipped back into April. Lined LL Bean chinos, which are the only LL chinos that don't have the Teflon; lined LLB shirt, old Lacoste, and beat-up Quoddys.
Yesterday at about 4:30 p.m. I caught an absolute hog in the Housatonic River — a rainbow about 28 inches long and at least six inches wide. Took a while to get him in. Size 14 olive soft-hackle wet on 4x tippet, 3 weight line. Of course this was the day I forgot to bring the camera. 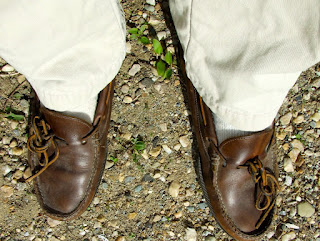 The Man in the Boat

The Hendrickson hatch is in full swing on the Housatonic River. I had a couple of tugs today on the wet fly version, but the woman in the forward of this guide boat latched into something decent, to judge from the whoops.
I have yet to meet a fly-fisherwomen who isn't an upstanding light heavyweight. I know comely ones exist — I've seen the calendars.
Gosh. You think those are just models?
Never mind. Last time I tried to interest a girl in fishing it didn't work out very well. Not an experience I am anxious to repeat.
Posted by Patrick at 8:44 PM No comments: 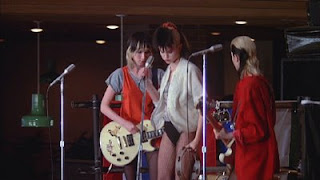 So I finally got around to watching Lou Adler's "Ladies and Gentlemen, the Fabulous Stains," a semi-coherent flick abut three teenage gals who form a punk band and hit it big.

It's mostly interesting because Paul Simonon from The Clash, Steve Jones and Paul Cook from the Sex Pistols,
and Fee Waybill and Vince Welnick from The Tubes play major roles that don't involve much acting.

And you get to see an incredibly young Laura Dern pretending to play the bass.

What I noticed most, though, is when The Stains start to play — a sound which could be kindly described as "rudimentary" — they sounded like...

The Shaggs! A real group of teenage girls with existential questions, who actually made records, and were better than The Beatles, according to Lester Bangs.

Mild nuditity, lots of "wankers" and "tossers," one good song and not much plot. Worth a look if you're interested in — or, God forbid, nostalgic for — 1981. Three coils. 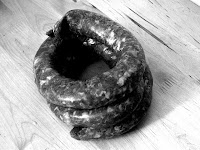