McBain on the Silver Screen 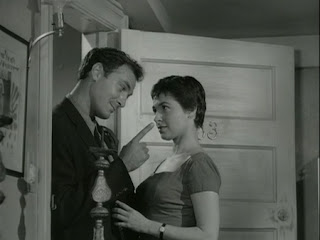 Carelli and Teddy signing, sort of. 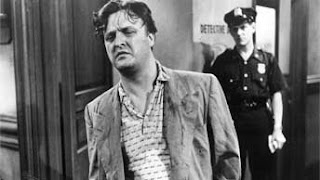 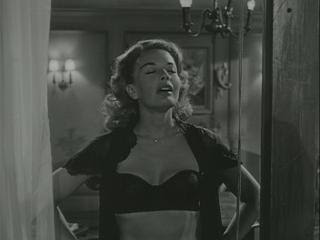 It was hot in the city, and air conditioning hadn't been invented yet. Or something. 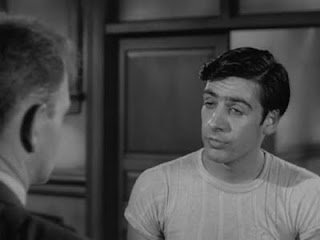 
I've been on my semi-annual Ed McBain tear, especially the 87th Precinct novels, without which there would be no "Law and order."

Speaking of "Law and Order," the 1958 version of "Cop Hater" features an impossibly young Jerry Orbach as a street punk, head of a gang — er, social club called "The Grovers." You can tell the members from the general population by their tight tees that say "Grovers" on them. Also the pomade.

Vincent Gardenia, who used to pop up in 70s situation comedies like "All in the Family," is also on tap as alcoholic informer Danny the Gimp.

The film dispenses with the fictional "Isola" but doesn't exactly name the city, either. And for some reason they thought it wise to make Detective Steve Carella into a Carelli.

It's a fast flick, and a little sneaky in that the opening sequence makes it unclear if we're looking at a cop or a cop hater.

It's also pretty raunchy for the time — lots of semi-clad female pulchritude, in towels and underwear.

Very bang bang. Anticipates the "CSI" shows by, oh, 50 years. Excellent noir direction. No wasted razzmatazz. A thoroughly solid B movie, often overlooked and not all that easy to find (got my DVD from a third party Amazon seller). 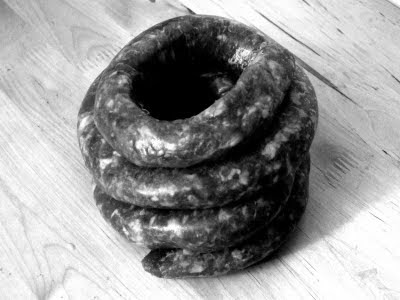