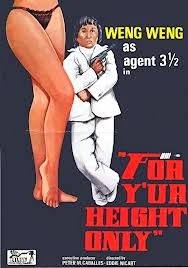 In the dubbed version, Weng Weng plays Agent 00, not Agent 3 1/2. I think this is an important distinction.

It's important because "For Your Height Only" is the greatest film ever made.

You can have your "Citizen Kane" and "Battleship Potemkin." Spare me your "Rear Window" and "The Third Man."

Why? Because none of these so-called great films has a midget secret agent who escapes the bad guys by parachuting from a high balcony. With an umbrella. 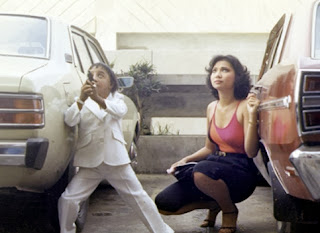 This flick's got it all, except breasts. For some reason, the filmmakers demurred in this crucial aspect.

So never mind. It's the second greatest film ever made. (The greatest is "Zombie Lake.")

Agent 00 is a big fan of the groin kick, the groin being the nearest area on the personal bodies of his assailants for a man of his height. (Weng Weng was two feet, nine inches tall.)

Although he's proficient with the mini machine gun and the mini samurai sword.

The real bitch is sitting at the regular person table at the Manila's fine restaurants. (They have signs that say "Food! You Eat!")

And the main villain clearly studied at the Moammar Qaddafi Institute of Fashion. 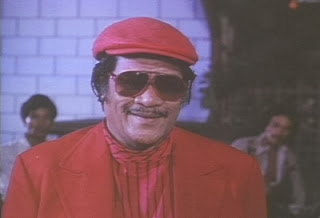 A rare treat, and an even rarer four coil rating, plus consideration for the next all-time Iron Coil list. 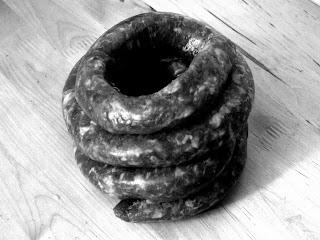