Convents and Roses and Nuns, Oh My!

School of the Holy Beast (1974) is an unpleasant little Japanese nun-sploitation flick that will have you rethinking your relationship with your florist.
Maya (Yumi Takigawa) enters the convent where her mother died 18 years earlier, under suspicious circumstances.
The nuns are sorted into cliques, none of them are very nice, and there's a fair bit of lesbitation going on.
There's also a Western woman floating around, for no apparent reason other than the lesbitation.
It's hard to figure out what is going on, plus the star and the second female lead look very similar, so I wasn't sure who was doing what.
Yumi's big moment is the slow-motion rose-whipping scene. In the DVD's interview with the actress, she says she wasn't completely hip to what the flick was about and resented the nudity that director Norifumi Suzuki insisted on.
So those are real grimaces in the rose scene — not of pain, but of anger and disgust — and that takes the exploitation level up a notch.
Eight breasts, give or take. Whipping (self-administered). Whipping by others. Whipping with roses. Flowery panties cause conniption in abbess. Dorky guys get smuggled over the wall. Dialogue about God (existence of) lifted from "The Seventh Seal."
Starts out well, gets bogged down in incomprehensible plot, picks up again with rose scene. Essentially pointless, but not a horrible way to spend an hour and a half.
Bonus interview with tubby Japanese film critic who knows entirely too much about porno.
Two and a half coils. 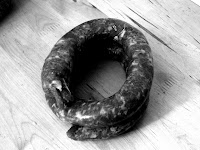 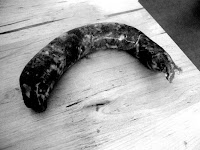