Big Lee and Big Richard in Big Phooey, with O.J. On the Side

The main thing about The Klansman (1974) is that Richard Burton, whatever his other talents, was not good at assuming a Southern accent.
I mean, not even close. He sounds like a drunk English actor who doesn't really give a shit whether he gets the accent down or not.
Which makes this a documentary.
Lee Marvin is also drunk in this film, making it a milestone of Anglo-American cooperation.
We also get O.J. Simpson, post-NFL, pre-Hertz, and all cheese.
The story, such as it is, concerns a little town in a sleepy county in the Deep South. Linda Evans get raped, it is never clear by whom, but the rednecks are sure it's a black guy.
Meanwhile commie-pinko Jew atheist outside agitator types are coming in to stir up trouble and have some sort of stupid demonstration.
Most everybody who counts in town is a member of the Klan, except Breck, the Burton character, who lives on his mountain and rents shacks cheap to the black people.
Lola Falana is in this too, in tight pants.
The best scenes are with O.J., carrying a rifle, being pursued. Or O.J. riding in the back of an old Bronco. Okay, maybe it's an International Scout, but you get the idea.
A monumentally incoherent film, hard to watch and even harder to understand.
So bad it's...bad.
Half a coil. 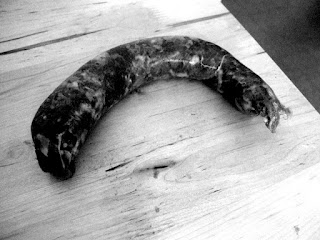