Never Answer the Door During a Rain Storm 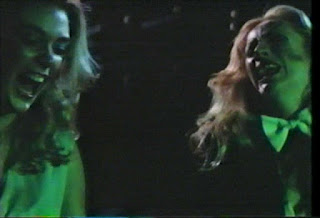 So in this DVD set — "50 Incredibly Lousy Flicks" — I spotted a Sondra Locke flick called "The Seducers."

Hey, it was made in 1977, so there's a decent chance of some gratuitous nudity and bad white people dancing. And "The Seducers" delivered.

See, George's wife, who is a croquet fiend, has to beat it from their Northern California home to San Diego on account of her father's appendix burst. You'll have that, and George is sanguine as he settles in for a relaxing evening of listening to the hi fi while wearing shirts with huge open collars.

But the doorbell rings, and these two soaking wet cuties say they're lost and can they use the phone.

George has just turned 40, in one of those clever plot twists, and you can tell he's kinda wondering, with the wife in San Diego and all...

So the kids go to freshen up. They take a hell of a long time, though, and when George goes to see what's up they are nekkid in the hot tub.

George tries to resist but he is, after all, just a weak man.

This doesn't turn out so well, for either George or the viewer, because the next 45 minutes are devoted to the gals tying up George, trashing his house, killing the kid who delivers the groceries, trying on Mrs. George's clothes, laughing hysterically, and, finally, getting hit by a van from the Humane Society.

I am not making this up.

Death in fish tank. Bad dancing to worse music. Sandra Locke and Colleen Cap, nekkid from the rear, which is fine. Dogpile in hot tub, with superimposed images. Croquet as dramatic foreshadowing. Fun with makeup. Shrill laughter. Gratuitous use of hourglass to indicate that George is on thin ice. Greatest deus ex machina ending of all time. Boring. Shot in the dark. Bad dubbing. Two coils. 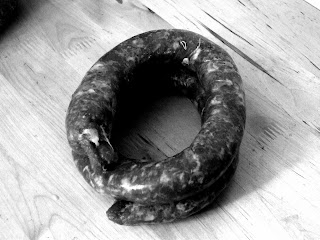