So in  She Demons (1958) some stupid people out in a boat during a hurricane wash up on the one supposedly deserted island that is not only being used by the Air Force as a target but also is home to a deranged Nazi war criminal scientist and his squad of goons who are torturing girls in unconvincing "native" costumes in order to isolate the chromosome or gene or something that will restore Mrs. Deranged Nazi War Criminal Scientist's acid-damaged face.

Now that's a lot of plot to get into one paragraph, never mind one sentence, but it's a hell of a lot easier to read than to watch this flick.

The deranged etc. looks a little like the young Ralph Lauren, if that helps. And Irish McCalla looks darn good in her spoiled rich girl shorts. 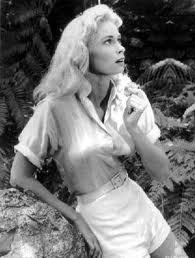 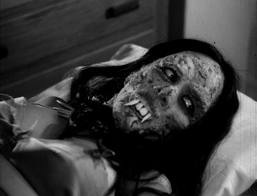 A she demon in pre-op 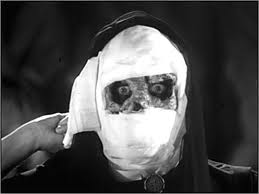 No, it's not the Aztec Mummy, it's Mrs. Deranged Nazi War Criminal 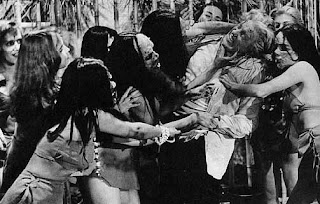 Death by she demon for Nazi goon 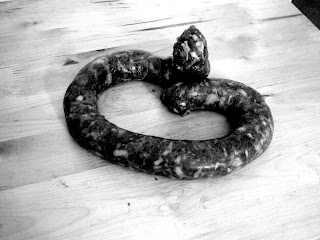