The Douglas Library (North Canaan, Conn.) comes through again, with an armload of DVDs with almost unlimited cheese-like potential.

Speed Lovers, Thunder in Dixie, Swamp Girl, This Is Swamp Country, This Stuff'll Kill Ya!, The Year of the Yahoo and Two Thousand Maniacs (an acknowledged classic).

On the undead front, the "Zombie Madness" collection includes Melvin, Fast Zombies with Guns, Woods of Terror, The Defiled: We Are All Meat, and Zombie Lovers.

And Lon Chaney in the classic Universal version of The Wolf Man.

Chaney's also in the 1971 Dracula vs. Frankenstein, as Groton, a grunting insane henchman with a fondness for puppies. He also swings an efficient axe.

The immortal Zandor Vorkov stars as Dracula, if the Prince of Darkness were a roadie for Kiss.  All his lines have an echo chamber on them, for extra evil.

There are several plot lines. By what appears to be sheer coincidence they occasionally intersect. 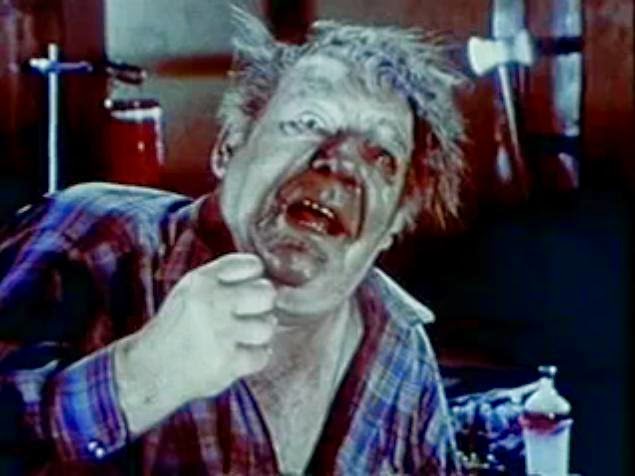 Lon Chaney as Groton. I would like to report on another character named Philips Exeter, but alas... 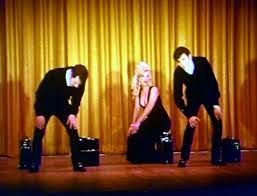 This is a song about luggage.