Where Are You, Lindsey Nelson ? 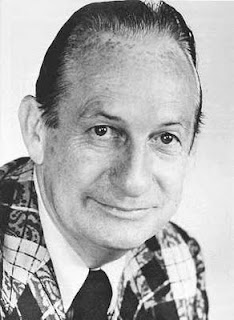 The great Lindsey Nelson, on his wardrobe choices for broadcasting the New York Mets:
"We were going to be televising 120 games in color. I walked into a New York clothing store and told the clerk, 'Let me see all the jackets you can't sell.' He brought out seven, and I bought all of them.” He claimed he owned 335 of them at one point in time. They often clashed with the set and his surroundings, because the television technology of the time couldn’t handle it.
from Centerfield Maz
Today's offering is not quite as eccentric as Nelson's, but I tried. Old Brooks jacket, Lands End shirt and knit tie, baggy Bill's M1 poplins with the single forward pleat, argyle socks from J. Press with Mets orange and blue, and rather dirty bucs.
After a lot of false starts I have concluded that a white shirt and solid tie are the only things to wear under a jacket like this. I suppose pink, blue or yellow might work — but I lack the energy to try. 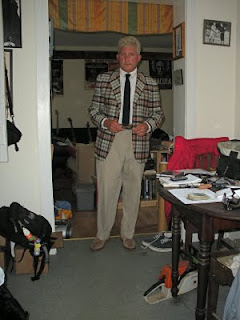 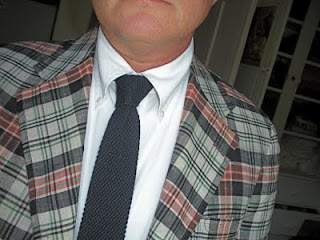 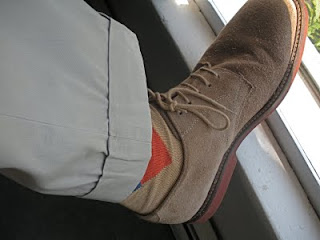 Patrick,
Lindsey had a few years behind the mike with the Giants.

He dressed not unlike Heywood Hale Brun.