2012 sucked, and there is nowhere to go but up. Unless we go down some more.

Announcing the official 1980s revival. My theory — if enough people dress like they did during the Reagan years, someone of similar stature and ability will come along in 2016. 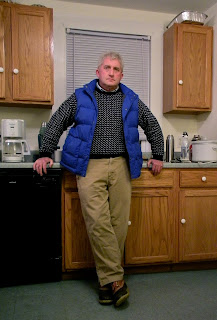 Great blog.
Your blog is one of my favorites to read. Keep up the good work.

Patrick, All the Best in the New Year! Good luck ironing the chinos. I gave up years ago. Cheers, HTJ