Stingy Brims and All 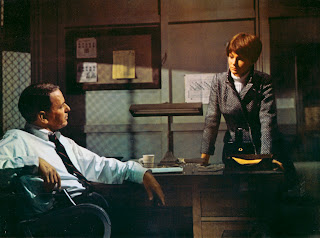 Frank Sinatra does a pretty good job in the title role in the 1968 police procedural "The Detective."
Apparently he was a singer, too.
Sgt. Joe Leland picks up the homicide of a wealthy homosexual man, son of one of New York's movers and shakers.
Suspicion is quickly focused on Felix Tesla, the dead man's gay roommate (played with considerable weirdness by Tony Musante). He confesses, and gets a visit to Old Sparky.
Meanwhile, an inoffensive businessman commits suicide by jumping off the roof of the racetrack. It stays a suicide until an impossibly young Jacqueline Bisset comes into Leland's office and says it was murder.
So Leland digs in and finds out there are a bunch of people who don't want this thing dug into.
Eventually it links back to the earlier case and Leland realizes they fried the wrong guy.
What makes this film different is a frank(er) approach to sexual issues than was common at the time. The seamy side of New York's gay underground, the sexual dysfunction of Leland's wife Karen (Lee Remick) are exposed. It seems dated now, but think 1968 and stingy brim fedoras.
And raincoats. Lots of raincoats in this film. Plus some good buttondown collar rolls from Sinatra.
With Robert Duvall, Ralph Meeker and Jack Klugman.
Worth a look on a rainy afternoon. Three coils. 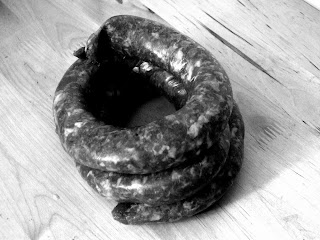