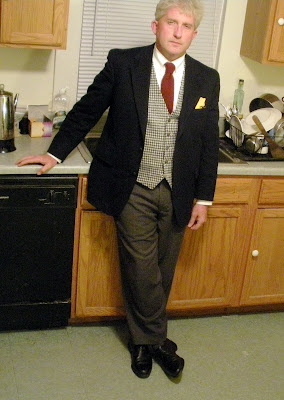 Today was great. It started at about 6 a.m. with me asleep on the couch, television still on. That Dallas-Green Bay tilt was a real barn-burner, eh?

One of the casualties of the communications revolution is the test pattern. Used to be, when I woke up looking at that thing, typically with marching band music as the soundtrack, I knew I'd been out on some kind of bender and it would be wise to get up very slowly. Broken bones, and the sudden attack of alcohol-induced vertigo, doncha know.

Well, the day just ended, with two hours of Board of Finance and Board of Selectmen goodness, a quick Stop and Shop run, and home with car stereo blasting Stereolab, The Soft Boys and Crime (doing their only listenable song, "Hotwire My Heart," which is every bit the equal of the Velvet Underground's "I Heard her Call My Name" for sheer pop perversity). All through the haze of cigar smoke and with a pressing urge to take one of those 14-hour day pisses that has a coda, a postscript, and exciting scenes from the next episode.

It being the first legitimately nasty winter's day I trotted out an old Huntington camelhair blazer, and odd vest, and flannels. I have half a dozen vests and I don't deploy them nearly often enough. 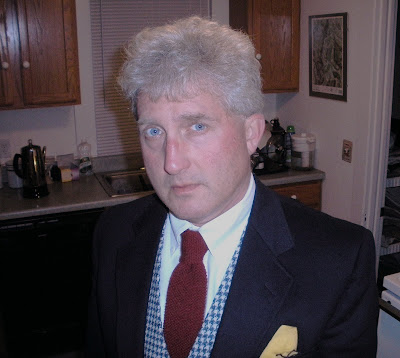 But I am one tired and fed-up mofo tonight and it doesn't matter because as of tomorrow evening I am on vacation, which I will spend in the Catskills, learning guitar riffs, splitting wood, reading detective stories, watching a box of films noir, and fishing the late season brown trout run. I let the vacation time linger way too long, thinking I would be spending it with you-know-who, but it's all turned out for the best. 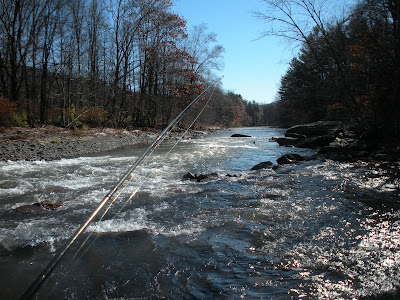 And so I invite the world to piss off between Nov. 10 and 16. I will be at the end of a dirt road in the mountains, with no cell phone, no computer — and no neighbors.

And I'll be working on the Great Booze memoir in the only manner that makes any sense — on my manual Olivetti.

Recharge your soul and back ready to do battle again.

Look forward to the results of the Olivetti. And nice vest - also, nice taste in music.

I was just able to do a quick weekend down at the beach for some much needed recharge. Weather was great even if it was on the cool side. Nothing that a good scotch and cuban cigar didn't cure.

Just hiked about 17 miles in Arkansas last weekend. Definitely good for the soul. I think I told Dallas to bite me prior to leaving as well.

Well done. Every day I tell the world to 'Fuck Off!' but unfortunately I still have to deal with it in a polite manner. I don't have a beautiful refuge like yours. The best thing about it, I would guess, is the solitude. Enjoy your time in civilisation.