iGent of the Century 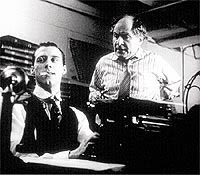 Here's a movie for all the Walter Mittys of the online men's clothing forums — Adam Abraham's 1999 Man of the Century.

Co-writer Gibson Frazier plays Johnny Twennies, who writes and speaks from the Ring Lardner/Damon Runyon Handbook, and dresses as the big town's premier columnist should, circa 1923.

This disparity doesn't ruffle Johnny's club collar in the least, and he cheerfully plows through modern New York, a wisecracking, walking anachronism.

There's a plot, and music, and fantasy, and it's all very amusing and more or less clean.

And those guys sometimes derisively referred to as the "iGentry" should take a look at this film — just to be sure they're not getting a little too caught up in the style thing.
Posted by Patrick at 1:09 PM No comments:

I can't find a decent shot of Lee Marvin as Lt. Frank Bellinger from "M Squad" — one that shows off the unvented, 3 roll 2.5 sack suit (with single forward pleats on the trousers).
This late 1950s cop drama is pretty good, with a jazzy soundtrack and plenty of low-key lighting.
And Lee Marvin barging around Chicago in this excellent suit. More like a modern high-roll three-button in some ways, with the lack of a vent and a little more shoulder than an Ivy purist would like.
But I looked carefully at a couple of well-lit shots with the aid of my fine cheap DVD player's pause and zoom features, and this jacket is not darted. The top button rolls over, but just barely.
He also wears a stingy brim fedora.
The net effect is surprisingly contemporary. The guys at Thick As Thieves might want to check out "M Squad" from NetFlix.
Posted by Patrick at 2:24 PM No comments:

New Hat and Other Autumnal Stuff 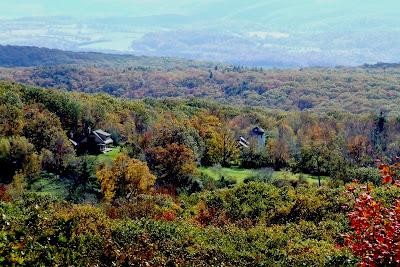 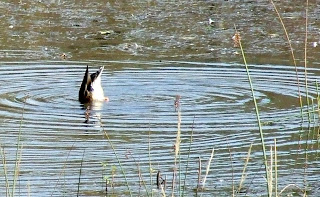 Duck butt (shot from the Rail Trail between Salisbury and Lakeville) 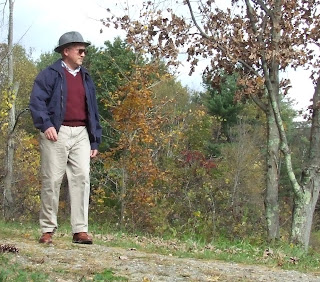 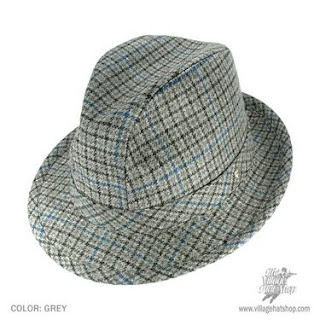 The Village Hat Shop has these walkers from New Zealand. I'd been looking for something more casual, and this is almost bookie-like.
Posted by Patrick at 10:08 PM 8 comments: 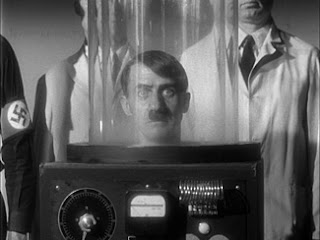 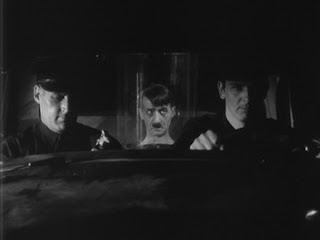 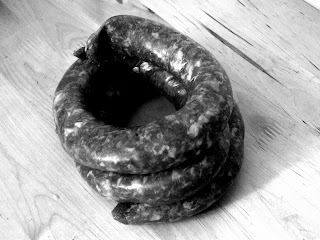