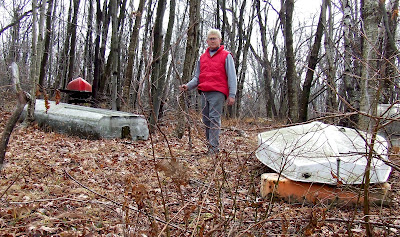 A grey day. Wore a red vest to avoid getting shot by hunters. Putting up the canoe and buttoning down the camp. Sometimes a boring holiday is best. Made traditional Pilgrim fare (macaroni and cheese and a hot dog) and watched bad football.

Grey logoless LL Bean sweatshirt is one of the best deals out there these days. As is basic Lands End down vest.
Posted by Patrick at 3:33 PM 2 comments: 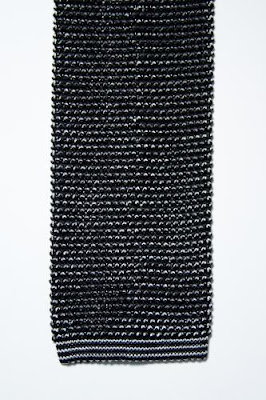 Check out Kent Wang's new website, which is much easier to use than the old one. He's got a knit tie I covet (above).

I can't emphasize enough the importance of sending business the way of the small outfits that are run by enthusiasts. This is how things change — from the bottom up. Eventually the Establishment has to take notice.

www.kentwang.com/
Posted by Patrick at 9:45 AM No comments: 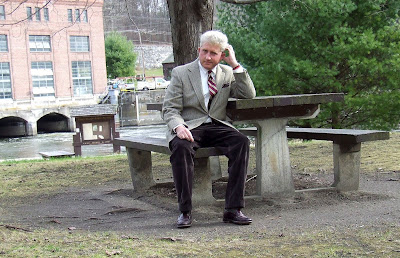 The transition between fall and winter has been gradual this year, so I am adding (or subtracting) layers and heft as needed. A Donegal tweed jacket from J. Press, partially lined, heavyish widewale cords from Lands End are on the warmer side; a Press pinpoint shirt and Sebago pennies are a nod to the relative balminess of the day.

I was trying to look like an industrial spy but the net effect is more low-level tax dodger, I'm afraid.
Posted by Patrick at 1:40 PM 1 comment:

Take the Blue Out of Jeans

I agree with Dr. Hobson — jeans are much better if they are not blue.

I'm leaning — literally — toward grey as the preferred color.
Posted by Patrick at 1:40 PM 2 comments:

Episodes of Blake Edwards' late 1950s TV series Peter Gunn are available on DVD, and for fans of film noir and/or natty dressing they are indispensable.

Craig Stevens does a passable Cary Grant imitation, both in style and manner, and the series is beautifully shot. Lots of secondhand smoke and jazz lingo.

Stevens was wearing a buttondown collar with French cuffs in the second episode I watched. Made it look good, too.

Getting My Ya-Yas Out Again 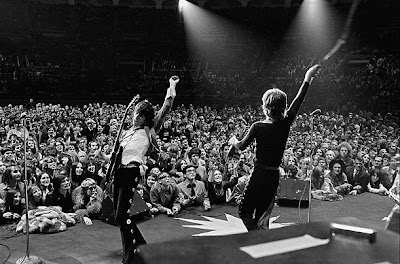 I've listened to Get Yer Ya Ya's Out approximately 80 bazillion times but I never noticed Mick Taylor's sly little rhythm guitar bit on "Sympathy For the Devil" before hearing the remastered CD version.

Swallowed up on the LP, Taylor snuck in a little Stax-y, Steve Cropperesque fillip at the end of each verse (after the simple barre chord pattern that every beginning guitar player learned absolutely first thing out of the box ca. 1981).

The anniversary set also has a short disc of okay unreleased Stones (including a fairly frantic "Satisfaction"), a disc of B.B. King and the Ike and Tina Turner Revue — great stuff but you wonder what the Stoned crowd made of it — and a DVD of leftovers from the Maysles film "Gimme Shelter," including Mick Jagger and Keith Richards doing an incredibly out of tune "Prodigal Son" and some fun with a donkey.

Ya-Yas proper is still a great record. The mix improves Bill Wyman's bass as well, and he is suprisingly busy on the Chuck Berry covers.

Forget whatever it is the Stones have devolved into, get this set, and remember what it was like when giants roamed the earth.

PS: The CD box set also comes with a little hardcover book that includes Lester Bangs' review from Rolling Stone. Bangs was the H.L. Mencken of rock and roll writing. Or something.
Posted by Patrick at 2:20 PM 1 comment: 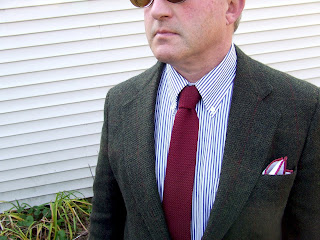 I'll take this in November. Nice enough for lightweight chinos, breezy enough for a partially lined tweed jacket. Just wish I could be going fishing instead of frowsting about in the newsroom and, later, at the town hall in Falls Village, Conn.

Which is why I am stamping around looking annoyed. 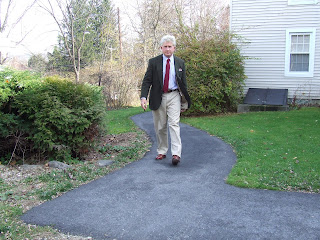 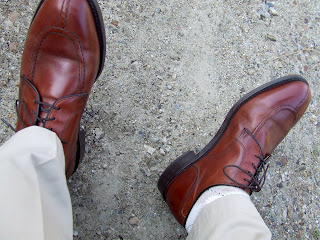 And a Wang in my pocket.

He Who Laughs Last Gathers No Moss