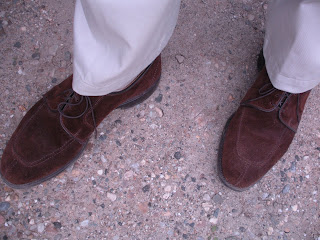 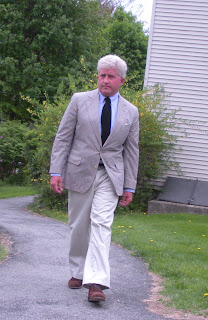 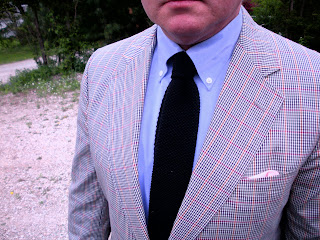 We're having one of those springs where Mother Nature lulls the people into a sense of complacency with a short string of sunny days with the mercury getting into the 70s.

Then it clouds up and it spits and doesn't get much above 60. Hmm...should I try a light tweed today, or just stubbornly go by the calendar?

I picked up some cotton jackets over the winter, including this two-button, undarted Corbin number. Which is a little tight, as over the last couple of weeks I slacked off at the gym. Grrr.
Posted by Patrick at 7:57 AM 2 comments: 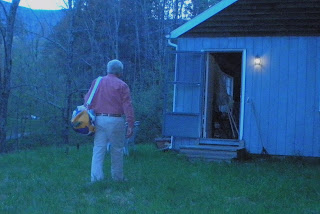 Opened up the Catskill house. Lots of dead mice strewn around; my D-Con assault worked, apparently. 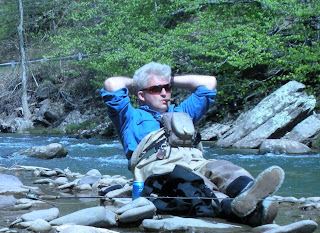 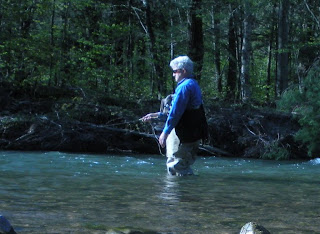 Esopus Creek above the Portal. Water temps still cold; chucked everything in my fly box out there and didn't see a thing. Still, it was nice to get out of Dodge. 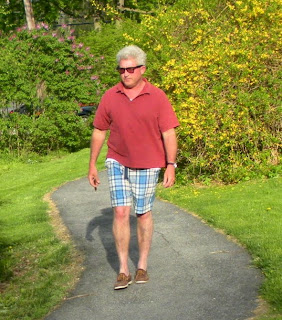 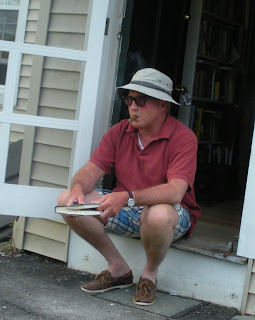 Found a pair of madras pants from the great Trimingham's shop in Bermuda. They were a little chewed up at the bottom so I had Gabriele convert them to shorts. And I found a bucket hat that actually fits my absurdly large head. It takes very little to make me happy these days.

The effect was somewhat mitigated yesterday by a forest fire in the general vicinity of Mt. Riga.
Posted by Patrick at 9:12 AM 6 comments:

When Legends Bite the Big One 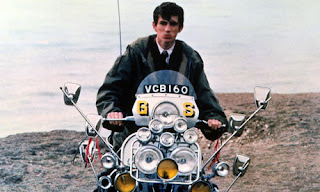 I picked up some used CDs at a tag sale yesterday — the Who's Quadrophenia, and a Jimi Hendrix collection, Voodoo Child.

A friend of mine in college was always a little out there, but by our senior year he had holed up in a single room, taking blotter acid and listening to Quadrophenia (and Sgt. Pepper) over and over. Somehow he graduated. How is one of life's enduring mysteries.

I haven't heard Quadrophenia in 25 years, except for bits and pieces on the radio. I popped it in on the way to a "Battle of the Bands" thing at the local high school.

Right away it was stupid — surf noises, and an alternately bombastic and syrupy Statement of Themes on the synthesizer.

The synth was set on "strings," I suppose. And Sweet Tap-Dancin' Jeezus does it sound childish, and amateurish. For anybody without the massive ego of Pete Townshend these interludes would be more accurately described as "ditties."

But "Can You See the Real Me" is a Who song. Not their greatest by a long shot, but it's the real thing.

And it's the last listenable moment on the two-disc set. I remembered "5:15" as pretty good. It isn't.

A "rock opera" was always a dopey notion. Real opera is bad enough — you think a back beat's gonna make it work? Just write your kick-ass three-minute song and shut up already.

(Quadrophenia is also a really long, really bad film. If you've run out of red-hot needles to shove in your eyeballs check it out.) 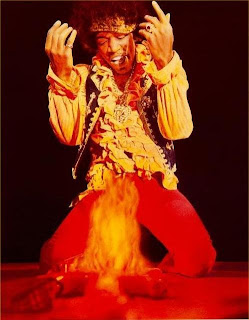 One of the flaws in the enthusiastic performances at the Battle of the Bands was the belief of the electric guitarists that they will, at some point in their careers, get paid by the note. And it's hard to argue the point after listening to the live disc of Voodoo Child, which presents Jimi Hendrix as the recipient of the Annoying Guitarist Guild's highest award, the Diddley-Diddley-Diddley Whoo-Ooo-Ooo medal (with wah-wah clusters) for "Most Egregious Waste of Everybody's Time."

Disc one is a recap of a different Hendrix: the innovative and — dare I say? (dare, dare) — economical player on three monstrously good studio albums.

Buried in the insipid liner notes, with a sanitized bio and lots of self-congratulatory splooge about how the great man's recorded legacy is finally in the hands of people who care, is an observation of bass player Noel Redding looking bored out of his mind while Hendrix went off on one of his endless, tedious workouts.

And no point. Jazz morphed into chamber music after that. Has anybody danced at a jazz show in the last 50 years?

Listen to Hendrix's solos on these live shots without getting a headache and I'll send you five bucks. (You can't be drunk or stoned, and you'll have to prove it before I send the dough.)

No dynamics, no restraint, no thought. Just flailing away, as if getting paid by the note.

Brian Eno was once asked why Robert Fripp was his favorite guitarist. The answer: "He plays with his ears, not with his hands."
Posted by Patrick at 7:45 AM 1 comment: