May 22 — Woke up to grey skies and rain in the official Daily Wild Guess from the National Weather Service.

The Housatonic was still a little high for my wading tastes, so I went to Furnace Brook along Route 4 in Cornwall. This is a small stream, sometimes squirrelly, sometimes fairly open. It's lovely water and holds a surprising number of trout.

It has one big disadvantage — it is right along Route 4. There is nothing like casting to a trout with the roar of traffic in your ear. 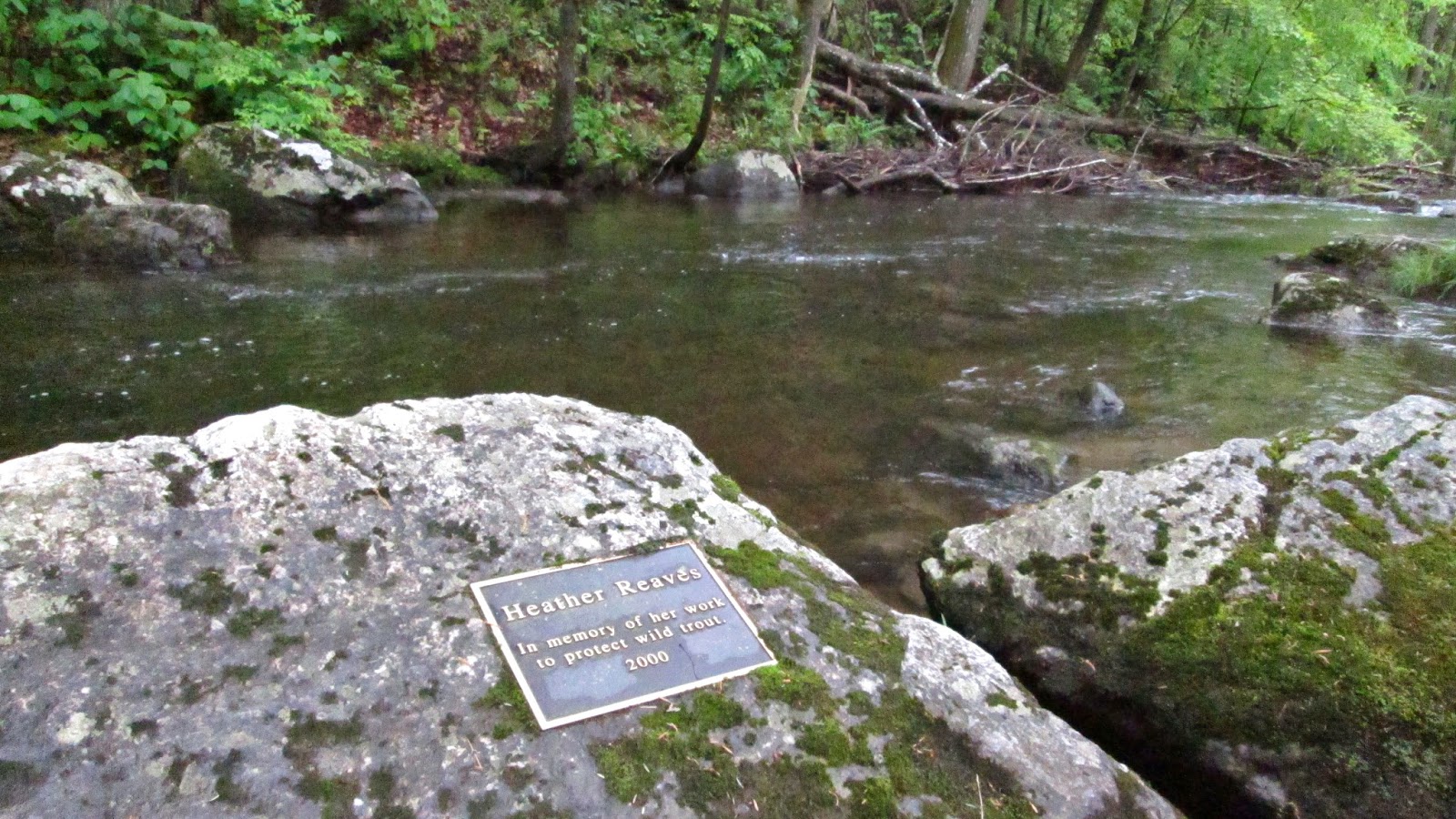 Naturally, no sooner did I arrive than the skies opened and it rained hard for about 20 minutes. I watched as the stream rose and became discolored.

"OK," sez I. "Let us put on something big and hairy and continue in the muddy water."

But what was interesting to me was that the stream cleared out almost as quickly as it became discolored. An hour later, you wouldn't know it rained from the water.

I finally got someone to take a Copper John in this deepish run at the second of two pulloffs with picnic tables along Route 4. 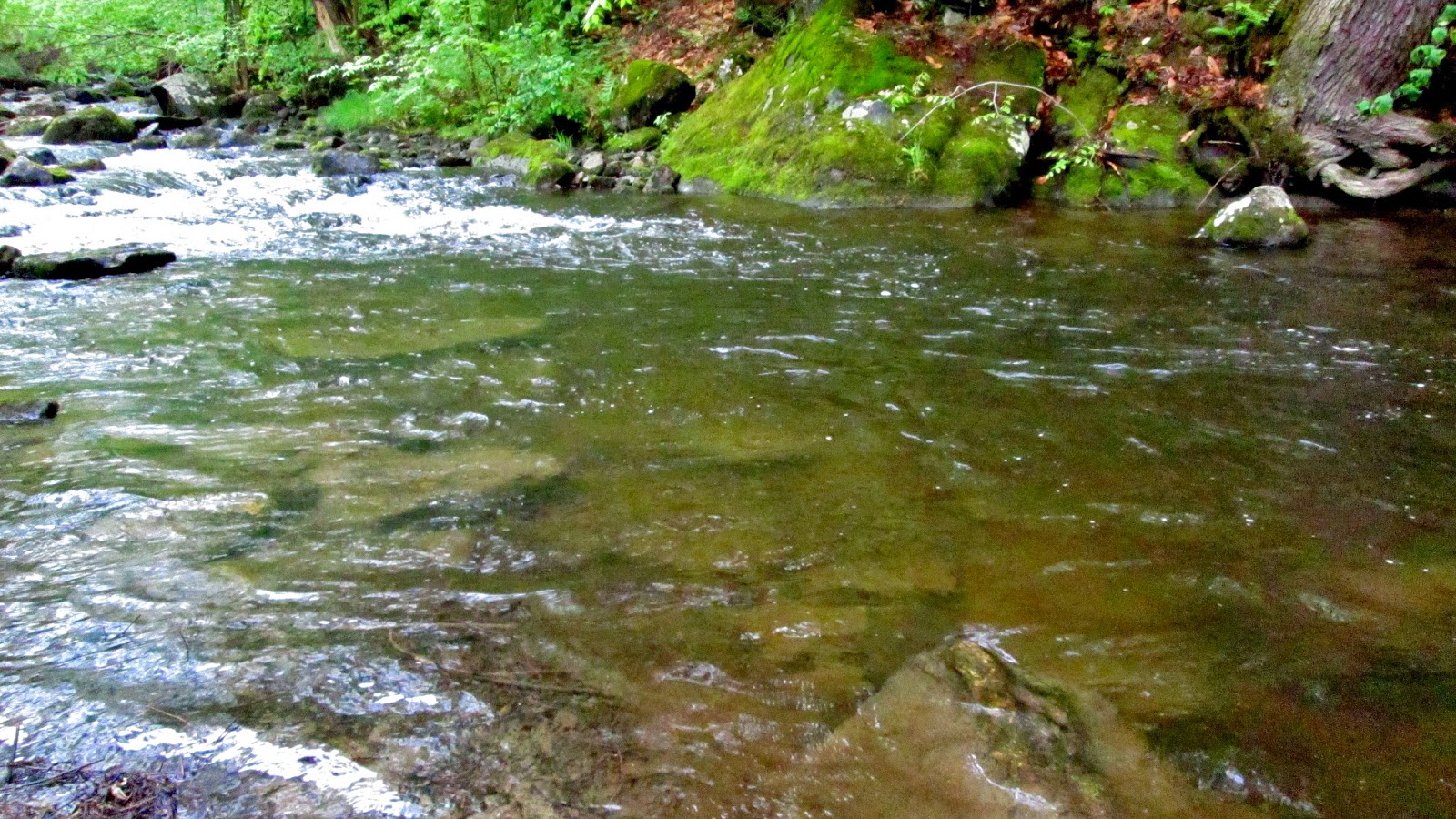 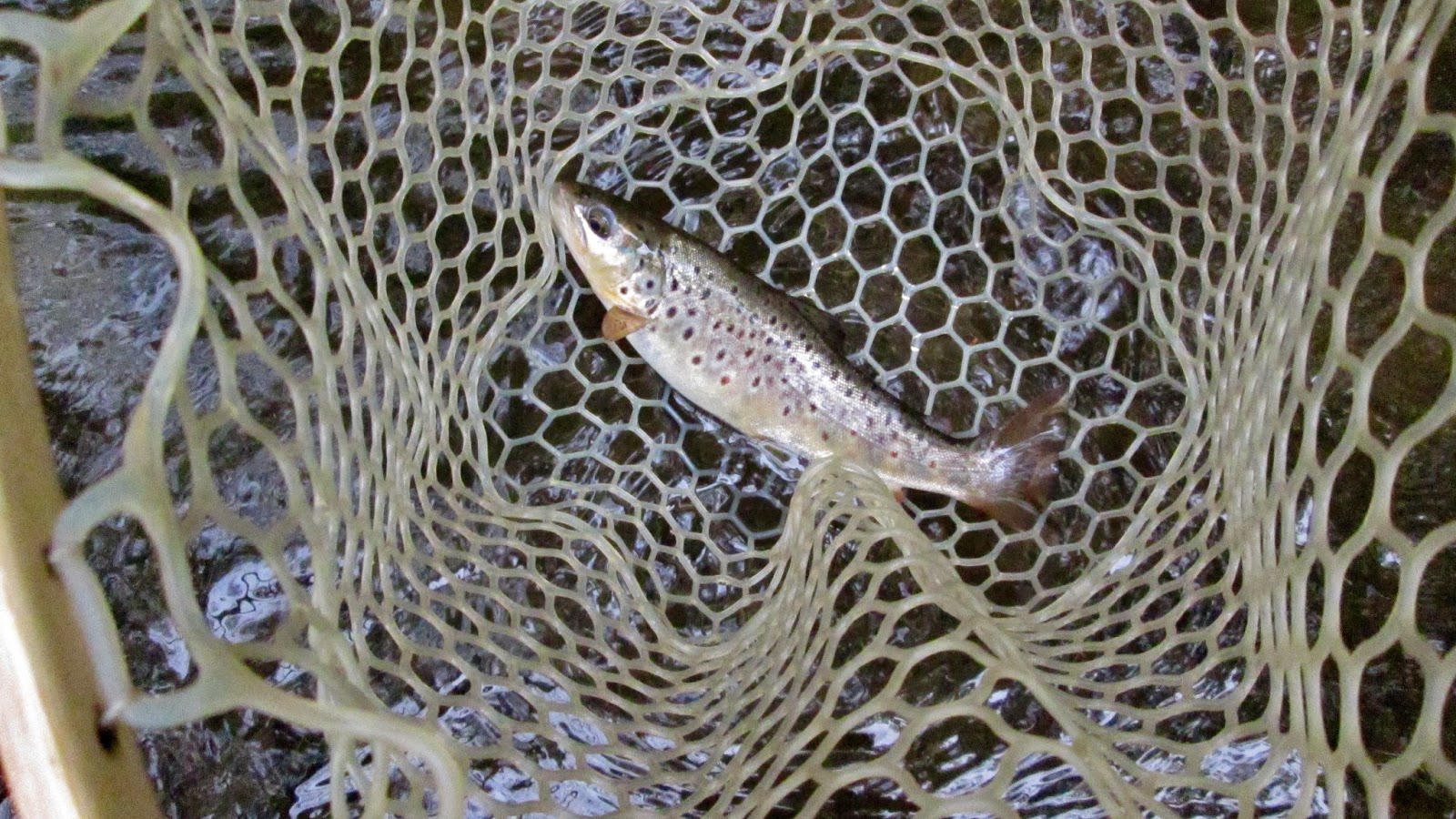 Then the LSD kicked in. 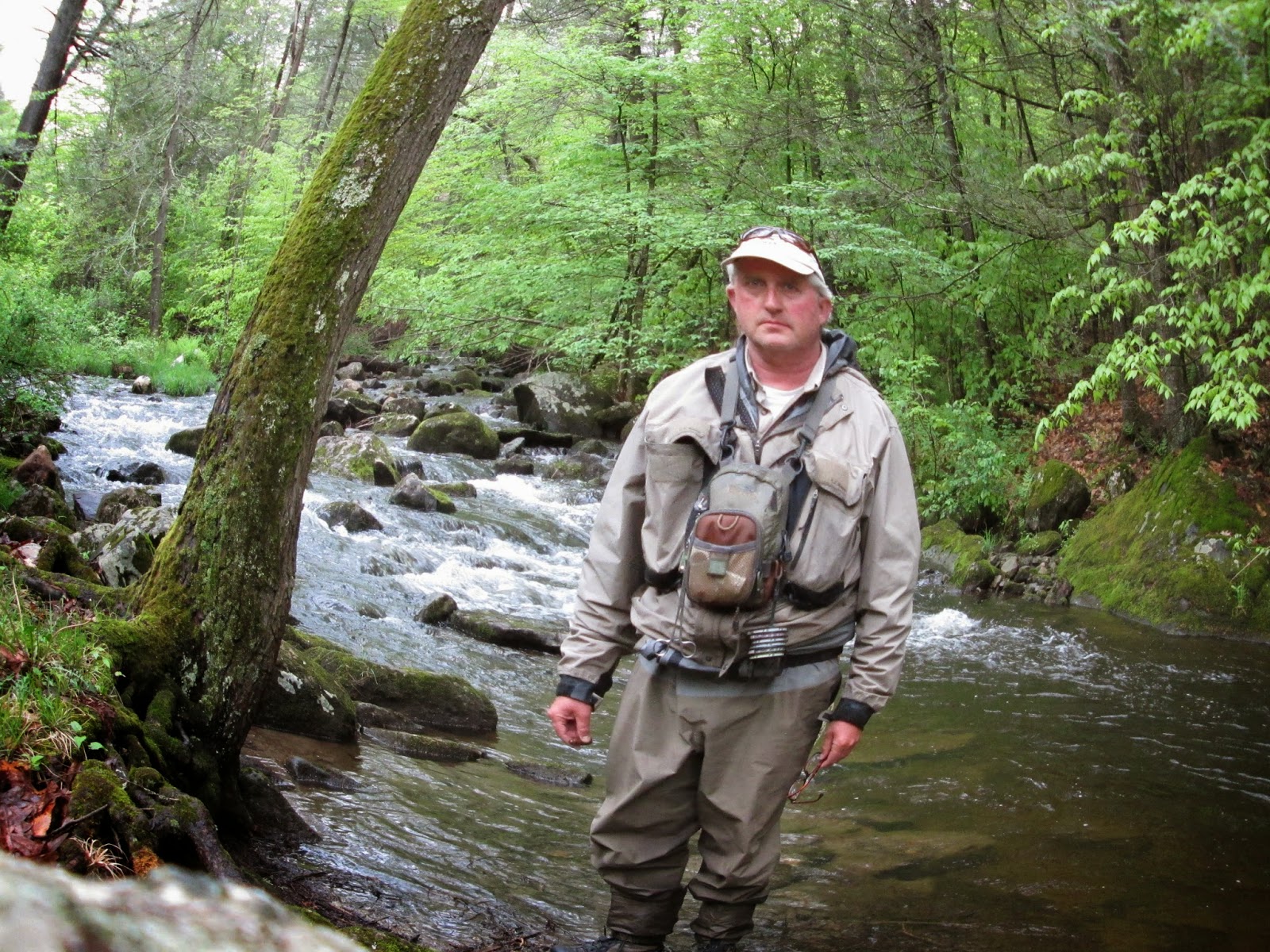 Posted by Patrick at 7:53 AM No comments:

I made a flying visit May 7-8 and fished the brook from Botchford/Gillespie pool to Nakamotos. Flow per USGS was 57 cfs, which is a nice level. Didn't see a lot of fish, but took on nice holdover brown on a Prince from the run immediately above the BG pool (second photo).

First photo BG pool. 2 — Immediately above BG pool. 3 and 4 — Riffles and pockets between BG and Nakamoto. 4. Pool as you approach Nakamoto. 5. Nakamoto home in distance; stream stubbornly making its way back to the road.

I hope to finish the assessment next week. 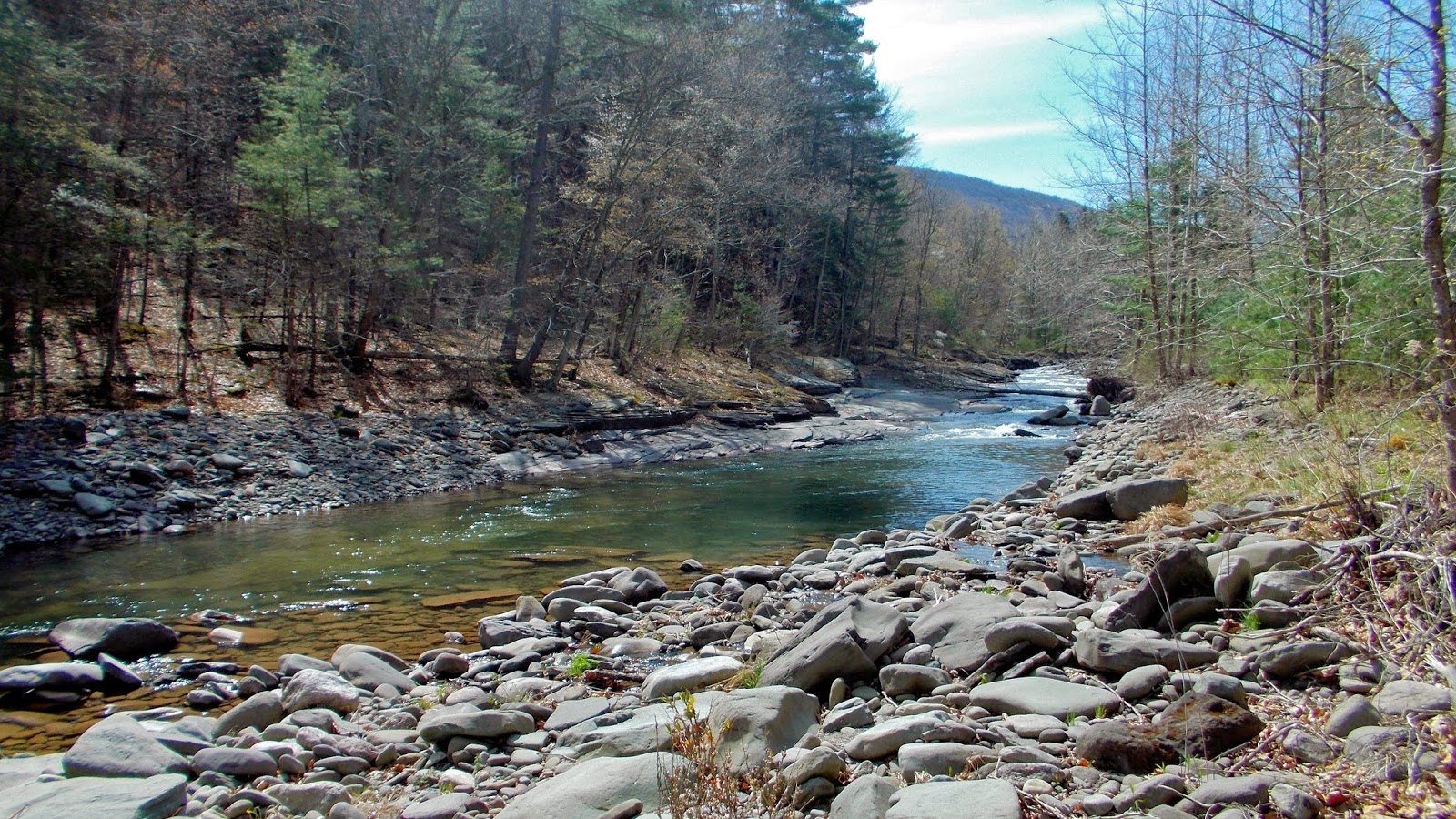 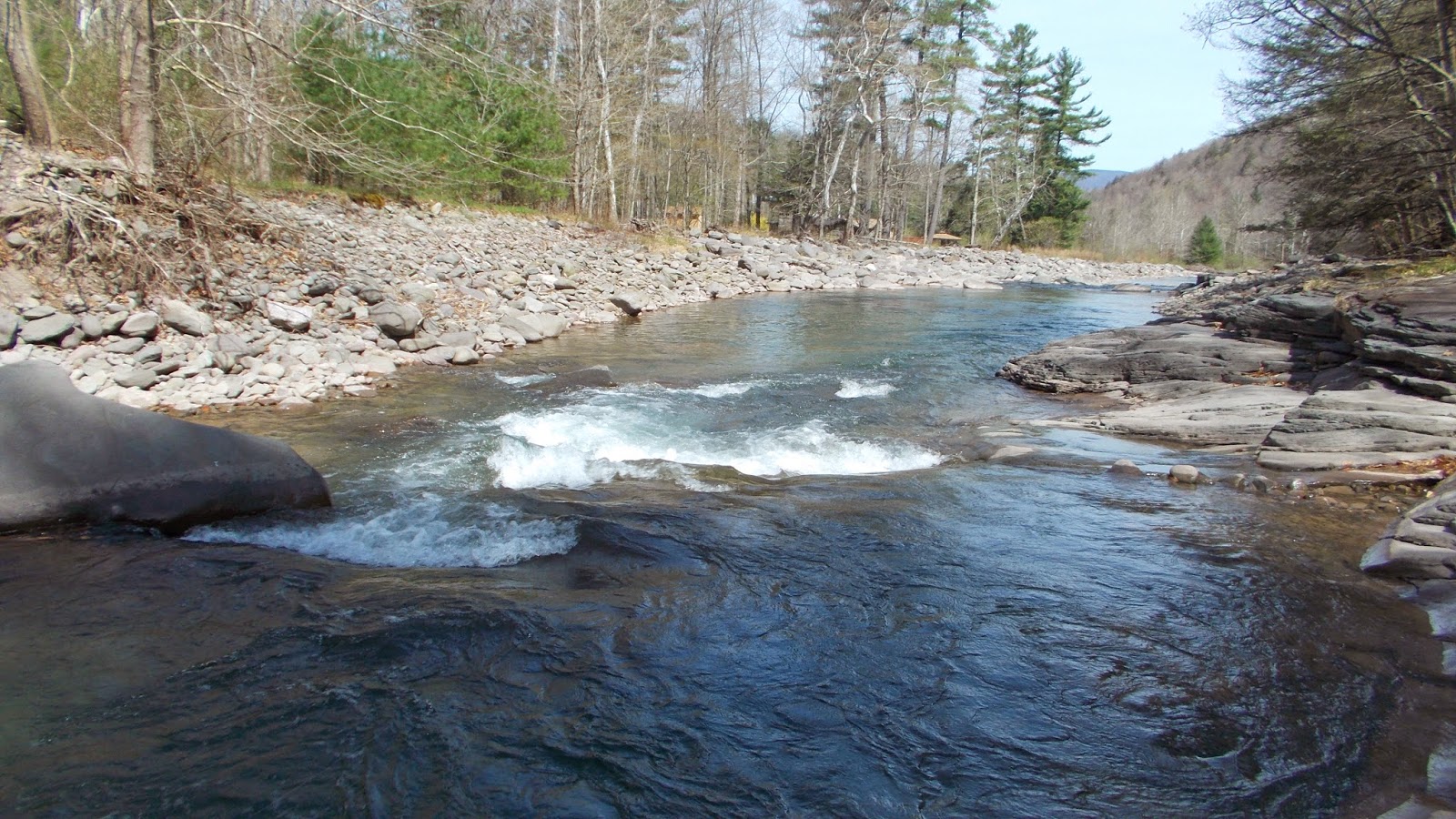 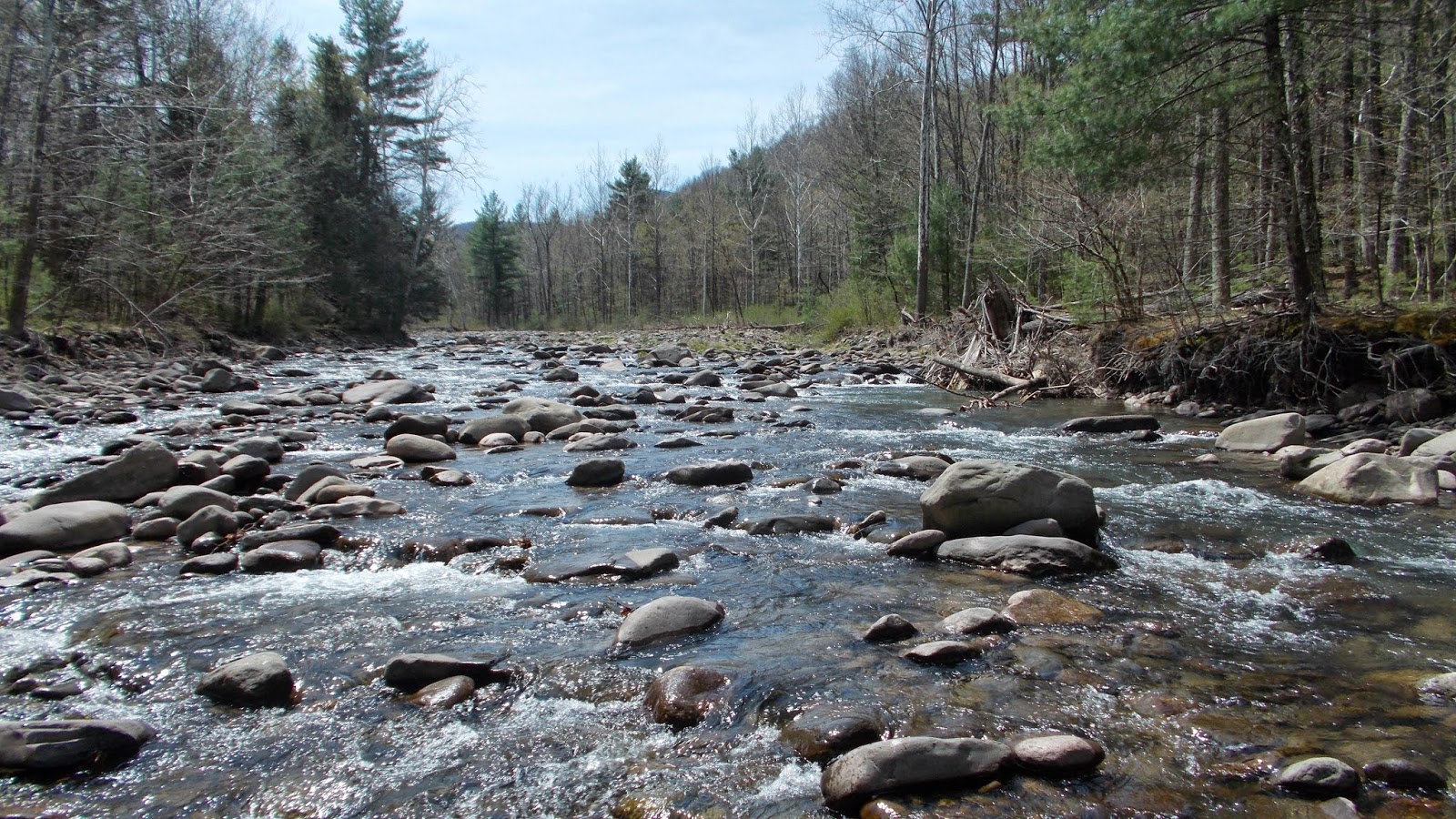 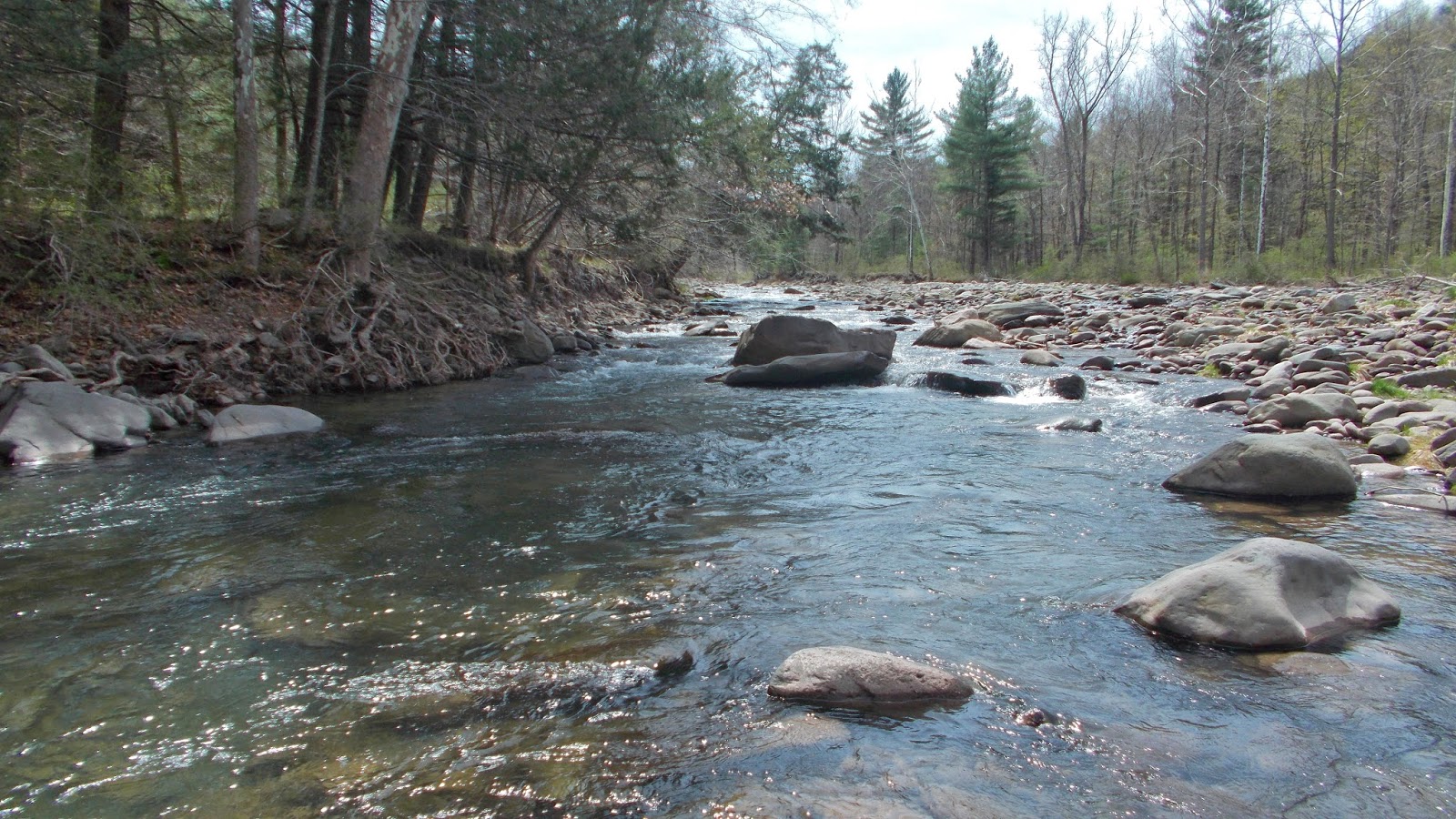 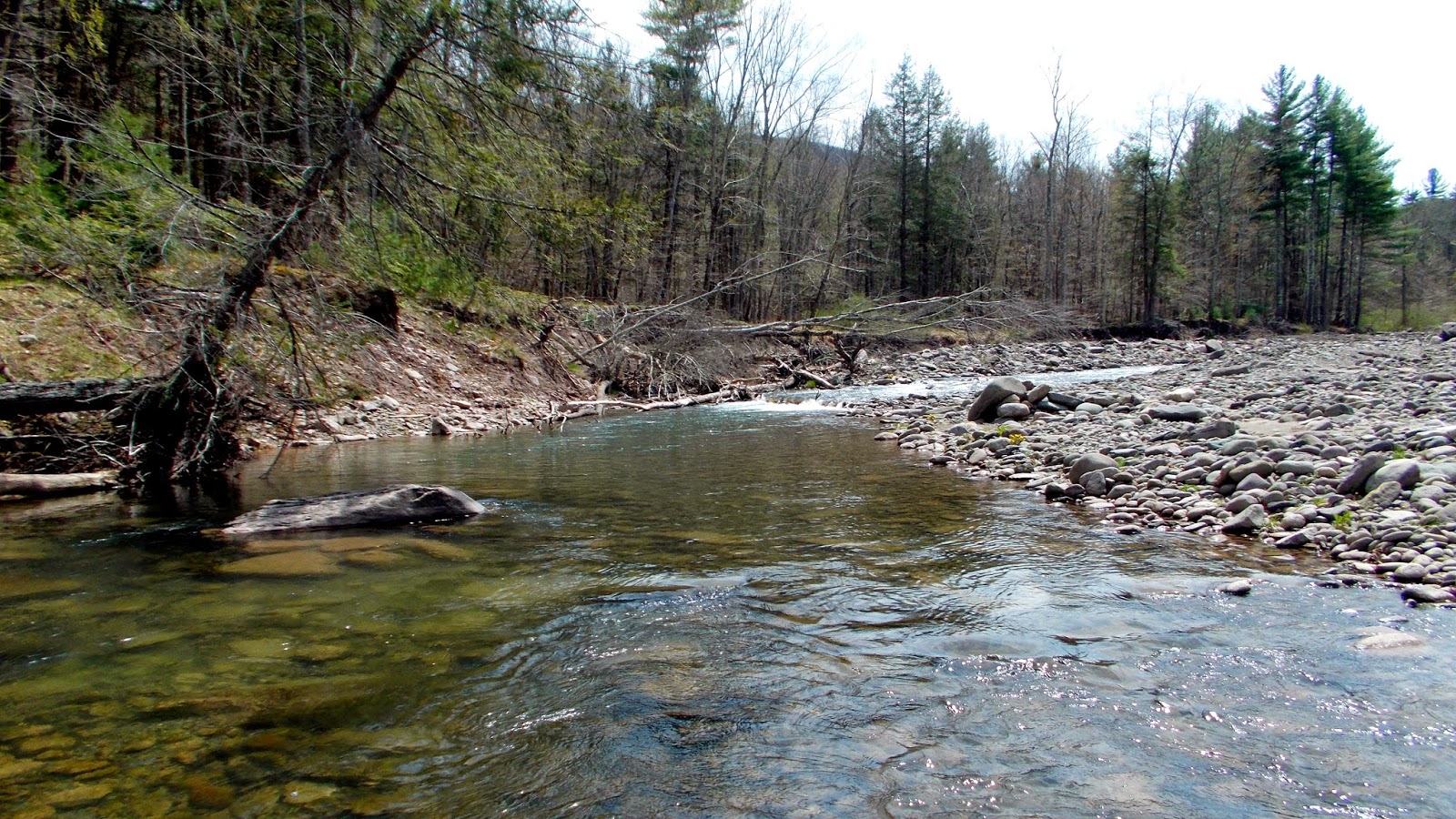 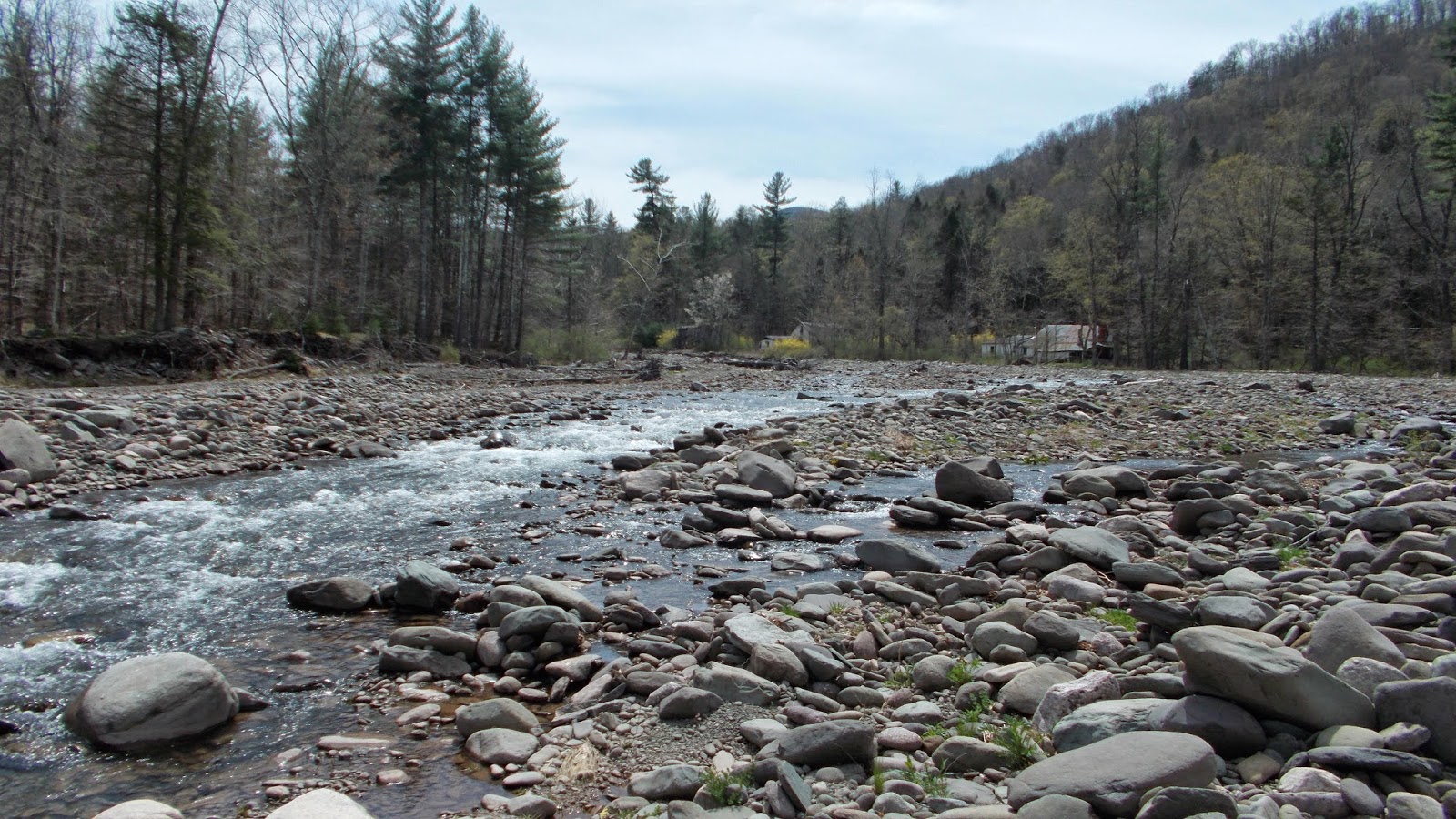 Posted by Patrick at 5:55 PM No comments: