The next CONSCIOUS EVOLUTION DAY GLOBAL quiet SUNSET MEDITATION & Group Hug is Monday Aug. 9th wherever you are on Earth at the moment the Sun sets at your location. Here is a link provided by Paul Haunch to determine when sunset is in your location (Thanks Paul):http://www.gaisma.com/en/ 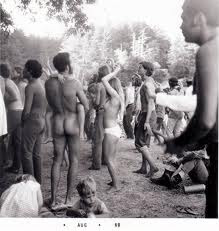 Getting the Devil's Goat, or How To Deal With a Stranger in Town Who Can Turn Into a Snake or a Horse and Never Sweats 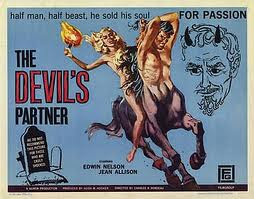 Our local-access cable TV station, CATV-6, runs a very creditable series of elderly films of dubious worth in between Planning and Zoning cage matches.

Last weekend was a real CACA sleeper, The Devil's Partner (1961), directed by the great Charles Rondeau (his TV credits read as an almost complete list of everything I watched as a kid: "F Troop," "Batman," "The Munsters," "Get Smart," "The Odd Couple," "The Partridge Family").

Nick Richards gets off the bus in Furnace Flats, N.M. It's 100 degrees, but the man doesn't sweat.

He's in town to see is old uncle, local crab Pete Larson. But Pete's dead. Or is he?

We've got primitive devil music. A hexagon rather than a pentagram on the floor under the throw rug, but with enough goat's blood one can overcome problems of geometry. Attack dogs.  Attack horses. Attack snakes. Winos. Stupid tourists. Girls in high-waisted jeans that look sexier than the current low-slung models. Stop-action metamorphosis, from clean-cut garage attendant to crusty coot of the "John Brown, Abolitionist" school.

A decent plot that doesn't get in the way of the story. Short. Not bad at all. Three coils. 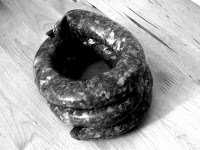 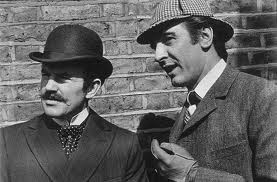 In this version Robert Stephens plays a campy Holmes, mincing about and occasionally shooting up a little cocaine. Colin Blakely plays a fussbudget Watson.

The silly plot features the Loch Ness Monster and a bunch of festive dancers.

It's interesting only to the Holmes fan, and then only in the scenes at 221b Baker Street, which flesh out the idiosyncrasies of this oddest of couples.

Worth a look if you've got nothing else to do.
Posted by Patrick at 10:30 AM No comments: